Season 1, Episode 30 - Happy holidays, everyone! This week, it’s all about the holiday brews.

Damn, these last few months have gone by fast! It’s already that magical time of year when you stress out over the perfect gifts to give your friends and family, freak out at your Uncle’s twisted viewpoints on the latest controversial news topics, watch grandpa fall asleep at 4:30pm, and crack open your favorite holiday brews. This week, John Ryti and Tim “Showtime” Ryan join us for the last time in 2014, and we’re opening some…wait for it…holiday brews! 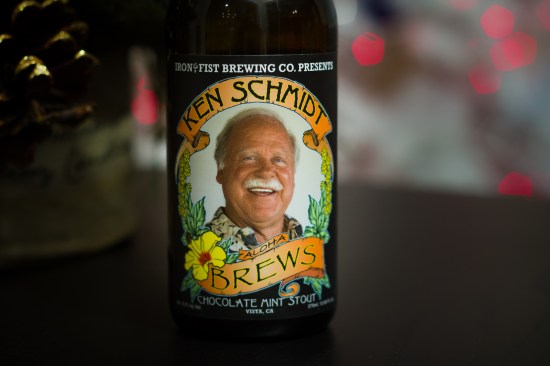 We kick the show off with a beer that’s not necessarily a holiday beer, but was brewed by a local beer celebrity of sorts, who is actually quite jolly. We’re talking about none other than San Diego, California’s own Ken Schmidt. He got together with Iron Fist Brewing Company out of Vista, California, and made a chocolate mint stout, appropriately named Chocolate Mint Stout, that’s quite fitting for the season. Ken’s a great guy, and you can’t miss him in public–he’s always sporting his short pants, a Hawaiian shirt, and a big smile.

Next up is a pretty rad tasting of some vintage Our Special Ale from Anchor Brewing Company, specifically the years 1995, 1996, and 2005. Jason picked these up at Stuffed Sandwich a while back, and he graciously donated them to the show. 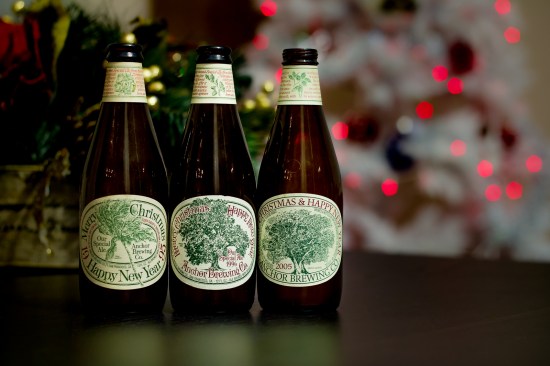 Our Special Ale is a beer that changes slightly from year to year. The recipe tends to be a little different, but is always reminiscent of the previous years it’s been brewed.

The final two beers on the show are from some local SoCal breweries. First up is Noble Ale Works‘ You’ll Shoot Your Eye Out, Kid! which is a winter warmer made with organic apple cider. Beer nerds tend to have mixed feeling when is comes to apples in beer, generally because “apple flavor” is usually considered to be an off-flavor, but that’s not always the case. 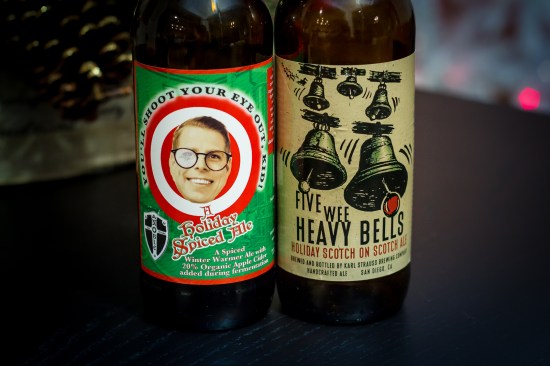 The final beer is from Karl Strauss Brewing Company, Five Wee Heavy Bells. Karl Strauss has been following the 12 Days of Christmas theme, and this is the fifth release in the series. Karl’s holiday beers are usually some of their best yearly releases, and this brew is no exception.

The show tends to dip in and out of the good ol’ “third show syndrome”, but we hold it together and don’t embarrass ourselves too much. I guess one could say that we’re like those dudes at a holiday party that are having a bit more fun than everyone else. Le sigh…

Oh yeah…If you’re feeling the holiday spirit and would like to show your love for the show, please considering become a Patron at our Patreon page. XOXOXO

So, yeah. Happy holidays from 4B and BREW THE SHIT OUT OF IT!