Season 1, Episode 26 - David Gillanders is back on the show this week, and we’re drinking beers from Sante Adairius, Jester King, and Fantôme.

This week on the show, we try to recreate the magic that is The Festival – brought to you by the Shelton Brothers. Not only do they import some amazing beers from overseas, but they distribute some of the coolest craft breweries in the US. We weren’t able to recreate the bottle list of one of the craziest festivals we’ve ever seen, but damn it did we ever try! Just for good measure, we invited our buddy David along as a thanks for all the Citra.

We start out with Witchmaker from Jester King, a rye farmhouse IPA. This beer is a classic farmhouse beer, despite the creepy sparkle eyes on the label that stare right into your soul. 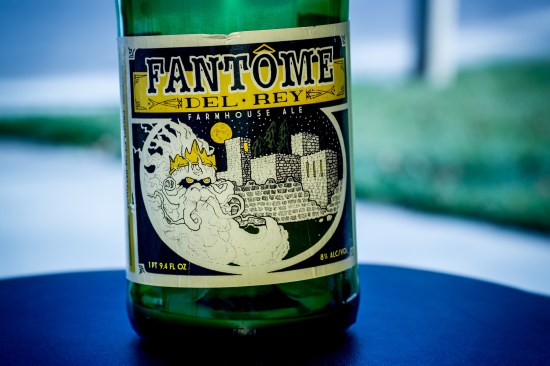 This was just a warm up for the main event – a collaboration between Fantôme and Jester King. It took two continents to get this bad boy into our hands, it’s the Del Rey – but as it turns out, NOT a summertime sadness beer! Will these two great tastes go great together? How could they not, right?

Bringing it back to our home state of California, we opened up a bottle of Cask Strawberry from Sante Adairius Rustic Ales in Carpenteria, CA. It was muled back from the brewery by our very own Jason Harris, and the gang had very differing opinions on this saught after beer. (Spoiler: half of them are DEAD WRONG -Jason)

Lastly, we managed to score a bottle of the BlizzCon Exclusive beer, ThunderBrew, which was called an “Imperial Brown”. We had our suspicions about it’s true origins, however. You can’t pull the wool over the Four Brewers’ eyes, there are too freaking many of us!