Season 1, Episode 9 - This week, we’re sippin’ on two delicious IPAs, both of which involve Beachwood Brewing, and then we’re going to the dark side with John’s black oatmeal IPA, Oats N’ Bros.

Joined by our in-house special guests Sara and Yvonne, we kick off the show this week with Beachwood Brewing‘s third anniversary IPA, aptly named “Greenshift“, which is made with nearly every hop under the sun. Well, not really, but it’s got a butt-load of hops in it, and it’s surprisingly smooth for being a 10% ABV beer. Beachwood Brewing has really been kicking ass this last year, and we couldn’t be happier for them and to celebrate their third anniversary with them. 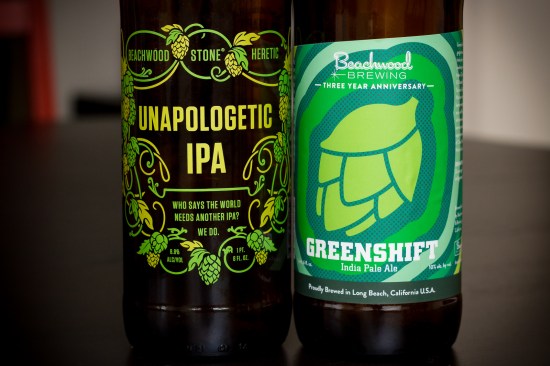 Next up, we’re drinking another beer that Beachwood had a part in, called “Unapologetic IPA.” A collaboration between Stone Brewing Co., Beachwood Brewing, and Heretic Brewing Co., this IPA was brewed with all experimental hops, which give it a very unique and bright floral character. Really tasty, indeed. We don’t spend a lot of time talking about this beer, really. Rather, we devote a good amount of time talking about Stone’s recent expansion to Berlin, Germany, and their related IndieGoGo fundraising campaign. It’s been the buzz of the interwebs since July 19th, when Stone announced that they’re finally opening a brewing in Europe and on the east coast of the United States, garnering both positive and not-so-positive feedback from the beer community.

Next up, we’re trying John’s latest creation, Oats N’ Bros. This is a black IPA made with two pounds of oats, similar in fashion to his standard oatmeal IPA, “Oats N’ Hoes.” It’s 7.3% ABV and made with Centennial, Simcoe, and Amarillo hops, coming in at 95 IBUs. The oats lend a smooth, silky mouthfeel to this IPA, giving it a similar feel to a milk stout without the added sweetness that comes with adding lactose to the beer. 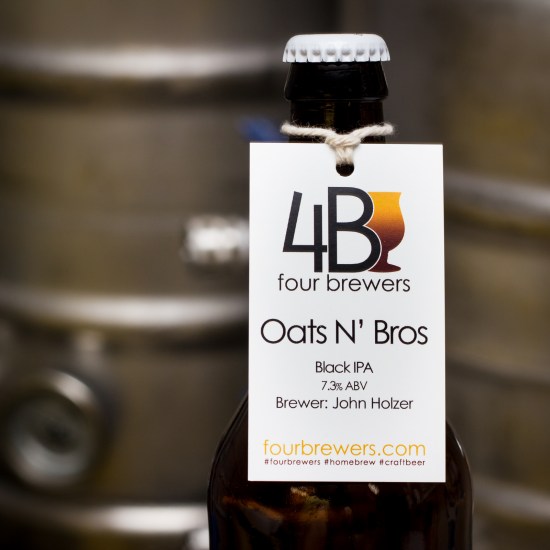 The other unique thing about this black IPA is the use of brown malt in the mash. Brown malt is an excellent choice for making a brown ale, due to its biscuity, toasty nature, and it seems to work pretty well in darker beers, too. Click here for John’s Oats N’ Bros recipe.