The second of our three brewery tour is Barley Forge Brewing Co. in Costa Mesa, California. Opening just six months ago, Barley Forge is already well on their way to becoming one of Orange County’s best craft breweries with a variety of beers ranging from the super-hoppy, to rich and exotic. Owner, Greg Nylen and Head of Brewing Operations, Kevin Buckley join us to talk about the brewery with a spread of Barley Forge’s outstanding brews. 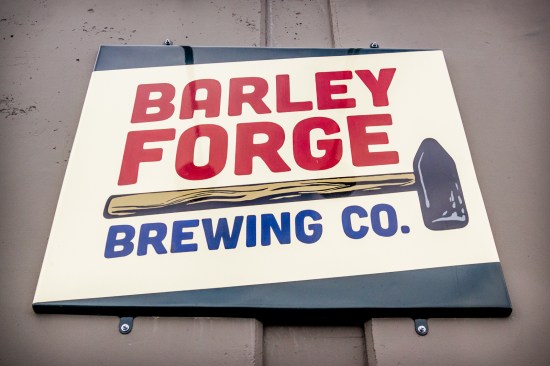 We kick off the show with a Dortmunder-stlye lager from Barley Forge named Grandpa Tractor. This 5.0% ABV euro-style lager is made with Northern Brewer hops and was designed by Greg and Kevin to pair with Asian foods. It’s light, clean and refreshing, and translates well in bottle format, which we try along side the draft version.

Before we head into the IPA and stout beers, we take a detour into Belgium with Barley Forge’s Belgian-style amber ale, Goesting. This beer is 5.7% ABV and is brewed with Perle and Styrian Goldings hops. Orange peel is used during the mash to give the beer a slight citrus kick that doesn’t take center stage, and Achouffe yeast is used to ferment the wort and give it its Belgian edge. Stone fruit is prominent on the nose, and the beer pairs nicely with mild, nutty cheese and honeycomb. What’s on tap at Barley Forge?

Next up is a side-by-side of two double IPAs from Barley Forge, One Louder, and Future Tripping. We acknowledge that none of us are new to the IPA style of beer, but Barley Forge’s IPAs stand out in that they can accommodate to a wider audience with different tastes. One Louder will appeal to someone who likes more of a balanced, NorCal-style IPA, and is brewed with Nelson and Chinook hops, with some honey malt to round out the flavor. Future Tripping appeals more to those who enjoy an aggressively bitter IPA, and is made with Simcoe and Amarillo hops. If you love SoCal IPA, then Future Tripping is your jam. 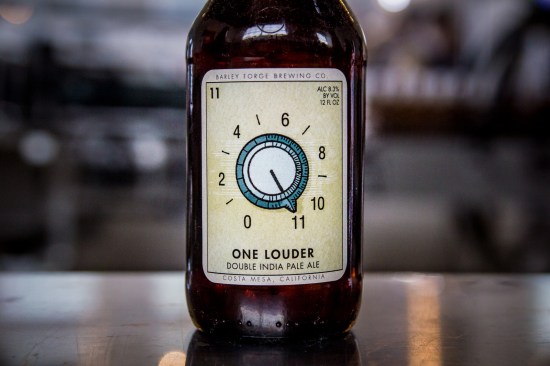 “This one goes to eleven.”

We wrap up the show with a delicious coconut stout made with rye malt named, The Patsy. We find out later why it’s called the Patsy, but if you’re up on your classic British sketch comedy, you’ll understand the reference. This beer is awesome! Huge toasted coconut and chocolate aromas on the nose lead one to think that this beer might be a little too rich when it’s tasted, but the rye malts cut right through the sweetness and makes for a drier, cleaner than expected finish. Beer floats, anyone? 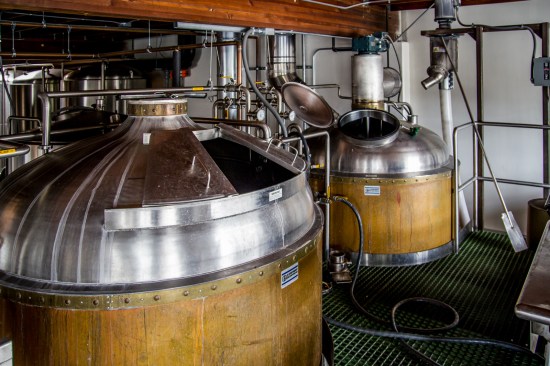 The Brewhouse at Barley Forge

Thanks to Greg and Kevin for having us at the brewery. It really is a beautiful spot with a lot of great beers on tap and some great in-house eats. Kevin Buckley is a well-seasoned brewer who knows his stuff, and it shows in the quality of their product.

Before the start of the show, we met up with the team behind the craft beer documentary Blood, Sweat, and Beer: The Movie, Alexis Irvin and Chip Hiden. The documentary follows two start-up craft breweries from Maryland and Pennsylvania as they open up shop and get their beer out to the masses. Greg attended a screening of the film at the Newport Beach Film Festival last month, and it didn’t disappoint. You can save 20% on the pre-order price, which starts at $4.99 (it’s a sliding scale pricing model, so if you would like to kick in a little extra to help these two indie filmmakers out, you can), by using the code “beerme” at checkout.

Links to things from this week’s episode: S2/E18 Show Outline Blood, Sweat, and Beer: The Movie