[S2/E19] On Location at Peace Brewing with Bradley Daniels

[S2/E19] On Location at Peace Brewing with Bradley Daniels Season 2, Episode 19 – This week, we’re going full-throttle with the beer-geekdom and drinking beers with Brad Daniels at his awesome home brewery, Peace Brewing, the third of our three stops at three Orange County breweries.

This week, we’re at one of the coolest homebreweries in southern California, Bradley Daniels‘ Peace Brewing in Anaheim. While his place isn’t an actual “craft brewery”, his home is legendary in the Orange County beer world, and we thought it appropriate to feature his brewery/bar/man-cave in this, the last stop of our Orange County brewery tour. 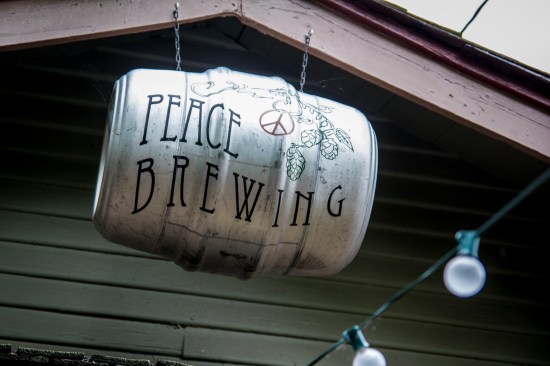 We kick the show off with a blonde ale that Brad has brewed 12 times so far. This recipe was actually written by our very own Matt Becker when he worked at O’Shea’s Brewing back in the day. The beer was a hit with Brad’s friends, so he continued to brew it. Brad’s home is quite beautiful and he hosts many events that cater to a broad range of people, so having a beer that’s approachable and easy drinking is ideal. This beer is perfect for such occasions, but can also be appreciated by even the geekiest beer geek.

Brad has a very unique home brewery. It’s essentially a three-tier brewing system without the brewing stand. When Brad began homebrewing 25 years ago, he didn’t have a lot of money to spend on brewing equipment and he pieced together what he could. His brewing setup today is very much like his original system 25 years ago, with a few tweaks here and there. Brad gave us a quick tour of his setup and brewday in the video above. 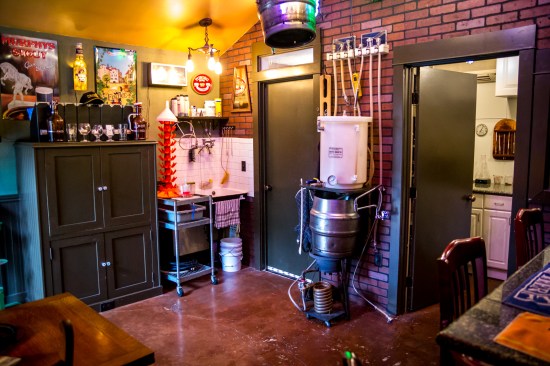 Next up is a stout that Brad has on tap and in bottles nearly year-round, it seems. It’s an oatmeal stout that’s served with nitro on tap, but also traditionally conditioned in bottles for portability. This beer is a big hit in Brad’s circles, and in his own words, he “can’t seem to get away from it.” This beer is essentially a dry stout, but at a slightly higher ABV. “Brewer’s Licorice” is used in this beer to give it a unique edge. We wrap up the show with a beer that was featured on a previous episode, Brad and Greg’scollaboration beer, Belgian Brunch. When we first tried the beer, we all agreed that it wasn’t quite ready for consumption. The carbonation wasn’t quite there, and the beer was a bit fragmented, overall. Seven months later, the beer is tasting great, but is still a suitable contender for cellaring. 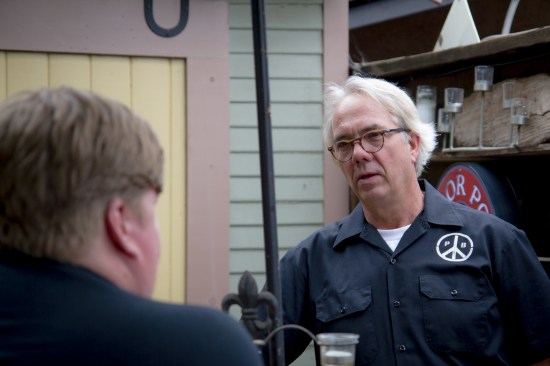 Brad is a genuinely great guy. He’s a true beer geek, upstanding citizen of Anaheim, and a gracious host. We can’t thank him enough for having us. We had a blast!