We kick off the show with a beer that’s has been 6 months in the making, John and Matt’sbrettanomyces-conditioned saison. You may recall a similar beer from episode 27 of season 1, their grisette-style saison. This is essentially the same beer, but with some corn sugar added at the end of the boil to dry out the beer a little more. This beer was fermented with Matt’s super-secret saison yeast. Ten gallons of this beer was made, and five gallons was keg-conditioned with ECY34, the “Dirty Dozen” brettanomyces yeast from East Coast Yeast. Matt and John are quite happy with how this beer turned out, and everyone agrees that it’s a winner. 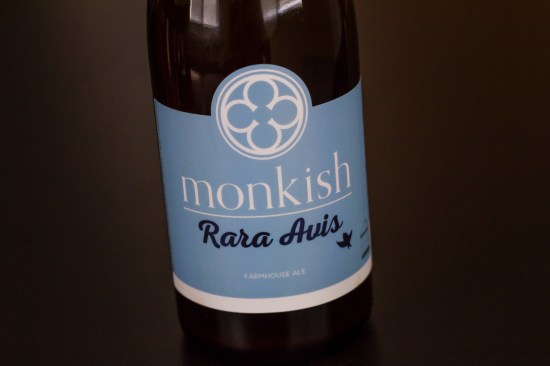 Next up is a very special beer provided to us by Brian White of Monkish Brewing Co., Rara Avis. This beer was made specifically for The Rare Beer Club, and was also served at The Bruery’s recent anniversary party, Copperversary, in Anaheim, California. Huge brett funk with a bit of acidity and fruity hop character make this beer absolutely fabulous. Big thanks to Brian for the hook up!

We end the show with “Guess That Brew” and “Going In Blind”. We haven’t played these games in quite a while, and their return is welcomed by all of us. Yvonne England joins us as our pouress for this session.

Links to things from this week’s episode: S2/E20 Show Outline