This week we’re [stage] diving into what is quite possibly one of the most sought after items in the world of craft beer, The Lost Abbey Ultimate Box Set. There have been talks to open this box set on the show since the beginning of Four Brewers, and now we are finally delivering with this two part Box-Set-blowout-bonanza. Given the intensity and quantity of the 13 beers in the set, we decided to split the Box Set between two episodes. This episode is focusing on “Tracks” 1-6, and next week’s will feature the final six Tracks, 7-12. The “Bonus Track”, Track #13, will be a Patreon-only episode, exclusively for our Patreoneers on Patreon. If you’re not a supporter, maybe consider supporting 4B on Patreon? 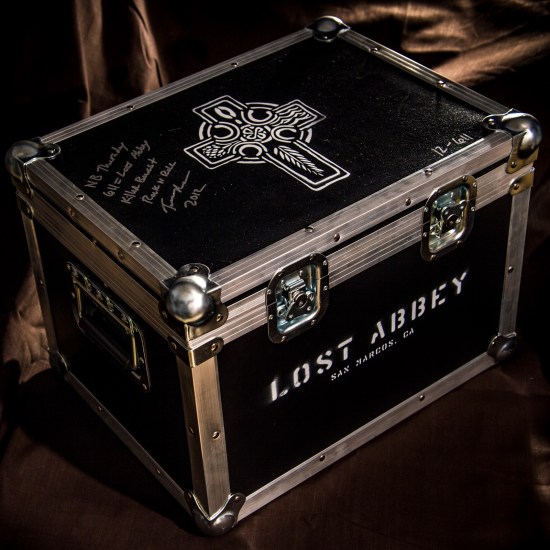 If you’re unfamiliar with The Ultimate Box Set, it’s essentially 13 beers that were blended and bottled in 2012 by The Lost Abbey. Each beer was inspired by different a rock & roll song and beers were released every month-ish, with the final Box Set made available to purchase in November of 2012 to lucky individuals who won the opportunity to purchase one. Each winner could purchase up to two Box Sets, and that’s how John acquired his (this is his Box Set, by the way. Thanks, John!). Local beer geek and friend, Kasey Spatz, offered John the Box Set, so without her this show wouldn’t be possible. Thanks, Kasey!

Links to things from this week’s episode: S2/E21 Show Outline