Season 2, Episode 34 – Natalie DeNicholas joins us for another round as we drink a variety of beers for the great state of Colorado.

This week, we’re going full Colorado. Six beers from four great CO breweries. It’s no secret that Colorado is a mecca of craft beer, and this week we’re honing in on some of our favorites. 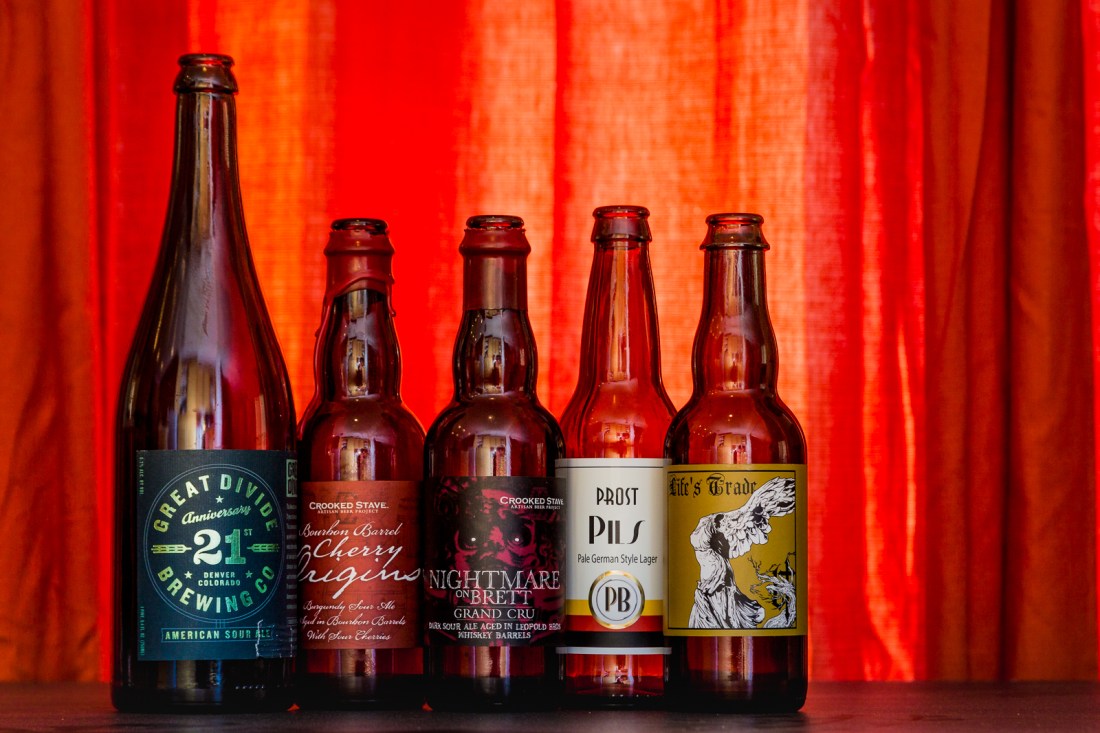 We kick off the show with a couple of beers brought to us by friend of the show Enrique Leyva. He recently visited Colorado and brought some beers back for Matt. First up is Prost Brewing Company. Prost has only been on the scene for a few years, but their authentic German brews are spot on and delicious. If you’re ever in Denver for the Great American Beer Festival, you’re sure to see some beer celebs throwing back Pils at Prost.

Next up is a Life’s Trade from TRVE Brewing Company, “the most metal fucking brewery ever,” according to Matt. It’s a saison fermented in Puncheons, and it’s awesome. TRVE is a very small operation and they’ve recently announced plans for expansion.

Great Divide Brewing Company is next on deck with their 21st Anniversary sour ale. TL;DR we all think it needs more time in the bottle, which will allow the tart character to develop a bit more.

We finish the show with two beers from Crooked Stave Artisan Beer Project that John has been storing in his cellar for a few years, Bourbon Barrel Cherry Origins, and Nightmare On Brett (Grand Cru). Our love for Crooked Stave runs deep, and these beers only reinforce our devotion.