Hey, y’all. It’s a holiday week. I’m gonna level with you. I’m in the mood to holiday. I need to get my holiday (and Star Wars: The Force Awakens) on. Writing about this week’s Four Brewers episode just doesn’t seem to flow properly. There’s some fun stuff happening this week. Oh, and did I mention Star Wars? Yeah. Star Wars. 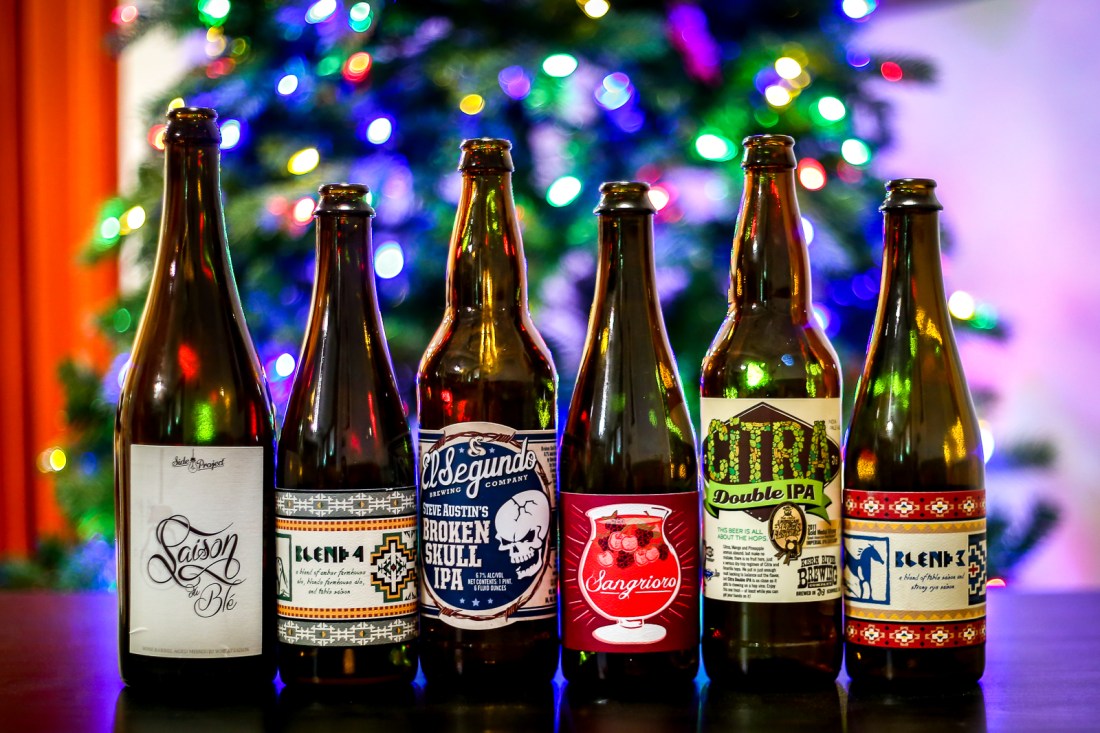 This week’s show is a little random. We’ve got some hoppy stuff, some sour stuff, and some funky stuff, all of which is very good stuff, but let’s face it: they’re no match for a holiday week that also involves Star Wars: The Force Awakens, amirite?

The Good Beer Company is a fairly new brewery from the downtown Santa Ana area of California. We’re drinking three of their sour beers this week, all provided by Mr. Nagel, their biggest fanboy. But is Greg a Star Wars fanboy? To be honest, I really don’t know. Oh, and in case you didn’t hear, Star Wars: The Force Awakens opened last Friday, and it was awesome.

All in all, the beers from The Good Beer Company were in fact pretty damn good, just like Star Wars: The Force Awakens.

Next up is a whale of sorts for us, Side Project Brewing’s Saison du Blé (Batch 4). Matt brought this one, and it’s right up our collective alleys, much like Star Wars: The Force Awakens.

We end the show with two IPAs, Citra from Kern River Brewing, and Broken Skull from El Segundo Brewing Company, made in collaboration with Steve Austin. Yes, that Steve Austin. The “What?!” and “Hell Yeah” guy. He was a badass wrestler back in the day and it turns out that he loves craft beer. But, I didn’t see Steve Austin in Star Wars: The Force Awakens. Is Steve Austin a Star Wars fan? HELL YEAH, AND THAT’S THE BOTTOM LINE.