L.A. Beer Week is upon us! This yearly celebration of Los Angeles beer, bars, breweries, homebrewers, restaurants, eateries, food trucks, and beer drinkers has evolved into one of the best celebrations of beer culture in southern California. From Long Beach to Pomona to Gorman, the expansive and densely populated county of Los Angeles has become a destination for beer geeks far and wide. Today, we celebrate L.A. beer by drinking eight beers from L.A. breweries. 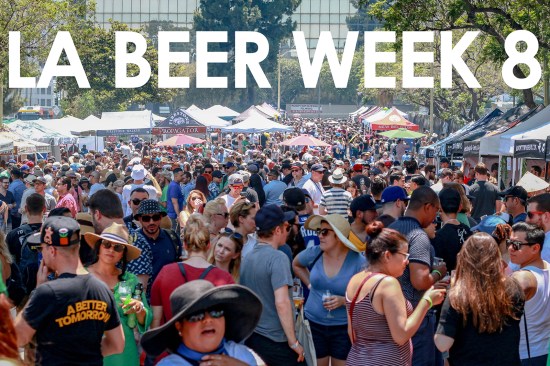 The 2016 #LABW8 Kickoff Festival was Saturday, June 18, and it was pretty amazing. Not only were Los Angeles breweries pouring, but breweries from Orange County, the Inland Empire, San Diego County, and even the Bay area and beyond were participating in the action. There were so many awesome breweries, and they brought their A-game. Fundamental Observation from Bottle Logic Brewing was “secretly” being poured, Beachwood Blendery brought bottles from their Propagation series of wild and farmhouse inspired ales, while newer breweries like Mumford Brewing impressed folks with their hoppy and juicy IPA. The entertainment was spot on, the lines were short for the most part, and the event overall was very well organized. Props to the Los Angeles County Brewers Guild for organizing such an awesome event! 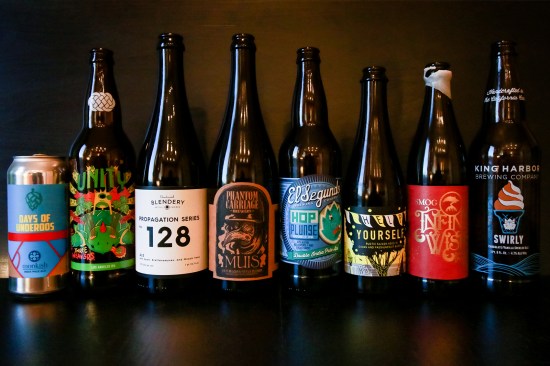 L.A. Beer Week is this week! So many events are happening all over southern California that you’d be hard pressed to not find something that’s happening in your neck of the woods. A full listing of everything that’s going down this week can be found at the L.A. Beer Week website, or by downloading the DoStuff app [iOS | Android] and searching for “LA Beer Week”.

We’ll see you around and cheers to Los Angeles beer!

BREW THE SHIT OUT OF IT, LOS ANGELES.