Season 3, Episode 3 – This week, beers from Founders Brewing Co., and Going In Blind with Matt.

Founders Brewing Co. is finally available in southern California, and we’re pretty stoked about it. Founders is a well known brewery among craft beer drinkers, brewing everything from hoppy IPAs to delicious, highly sought after bourbon barrel-aged stouts. Getting our hands on their beers proved to be quite the difficult task in the past, but not anymore. This week on the show, we’re sampling a bit of each. 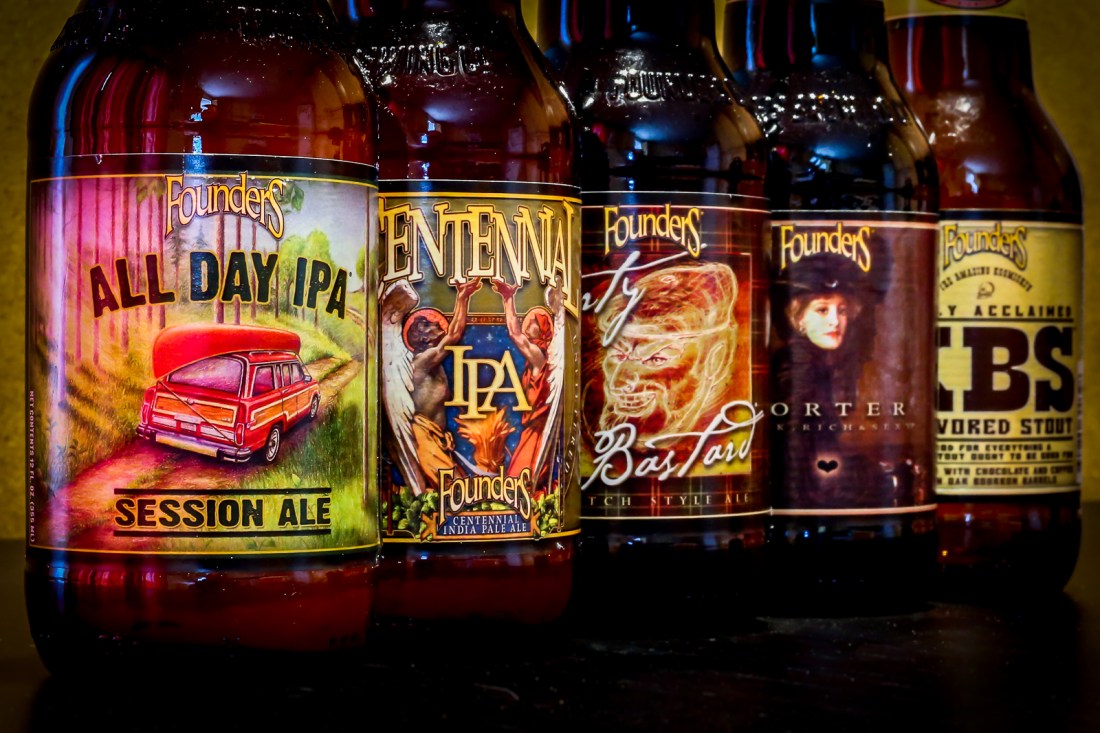 We always seemed to find a way to get our hands on a few of their beers before they were available here by means of trading, which was kind of a pain in the ass. How rad is it that we’ll now be able to go to our local bottle shop and get it right off the shelf?! So. Rad.

Having Founders Brewing Co. beers on the show this week is a milestone that we are thrilled to arrive at. Huge thanks go out to Ze Beer Guy for getting these beers to us. He’s one of Founders’ newest sales reps here in southern California, and is well known in the beer geek community. He is the MAN!

One beer that we didn’t feature in this episode was Founders’ Project PAM. We drank the beer and recorded the conversation, but it’s only going to be available to supporters of 4B on Patreon and PayPal. Consider supporting the show if you’d like access to bonus stuff and free 4B merchandise.