Season 1, Episode 12 - Co-founder of Almanac Beer Co., Jesse Friedman, joins us for a healthy dose of Almanac brews, gives insight on the company’s history, and their place in the craft beer world.

This week, we’re drinking not one, not two, not three, but FOUR different Almanac beers.Jesse Friedman, co-founder of Almanac Beer Co., crashes the party via Google Hangouts to chat about his beer, get thrown a few softballs, and drink some Almanac brews with us.

Almanac Beer Co., located in San Jose, CA, was founded in 2010, and has already made waves in the beer scene with their outstanding barrel-aged beers, ranging from bourbon porter, to sour blonde fruit ales. Founders Jesse Friedman and Damian Fagan first met in their local homebrew club, where Jesse happened to sample a homebrew made by Damian that had the quality, taste, and presentation of a commercial beer. Jesse gets into this a bit more on the show, as well as what makes their brewery unique in its vision. 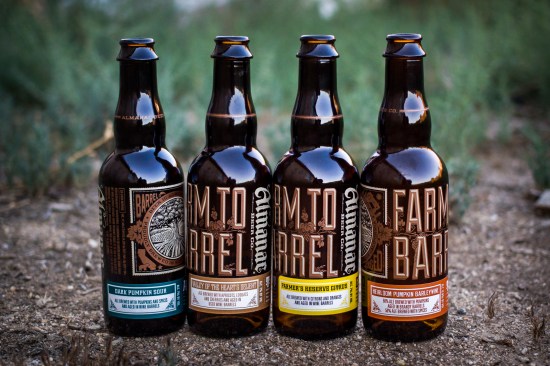 The first beer on deck is Almanac’s Dark Pumpkin Sour, an ale aged in wine barrels and brewed with pumpkins and spices. The pumpkins are sourced from Bodega Bay in Sonoma County. The beer has a pleasant, soft tartness that really compliments the pumpkin and roasted malts quite well.

Keeping on the pumpkin theme, the next beer we open is Almanac’s Heirloom Pumpkin Barleywine. Pumpkin beer season makes for a plethora of pumpkin ales and seems to get a bit convoluted, but Almanac’s barleywine really stands out. It’s a blended beer made with 500 pounds of hand-roasted pumpkins from La Tecera, California. If you haven’t caught on by now, Almanac is all about sourcing fruits and adjuncts for their beers from local California farmers, hence the “Farm to Barrel” theme printed on all of their bottles of beer.

Next up, we open the Farmer’s Reserve Citrus. This sour ale is made with Buddha’s Hand citrons and Bergamot oranges, aged in red wine barrels, and is quite refreshing.

Jesse, being a long time listener of Four Brewers, is no stranger to our little beer review game, “Guess That Brew.” But this time, we put a twist on it. All of the beer reviews we’re reading are Almanac beer reviews. Not to give anything away, but Jesse actually knows his beer pretty well… 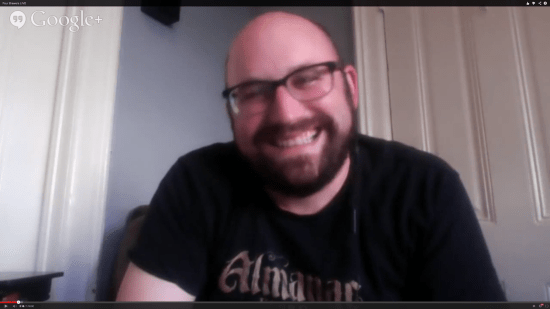 Jesse Friedman hanging out on Google

While playing the game, we crack open our final beer from Almanac, Valley of the Heart’s Delight. Before Silicon Valley was known as such, it was called “the valley of the heart’s delight”, due to it’s sprawling fruit orchards. This sour ale pays tribute to its namesake with the addition of apricots, loquats, and cherries. It’s then aged in used wine barrels. All of the fruit in this beer was hand-picked by the Garden To Table non-profit from urban farms and privately-owned properties where the fruit resided.

We’d like to thank Jesse for being so considerate as to guest on our show. Almanac is really making some great beers and has a unique take on their vision as a brewery. At the moment, they’re available in California, Washington, and Denver, so if you see their stuff on a shelf and you’ve never experienced their brew, buy it and enjoy.