Season 3, Episode 23 – This week, we follow suit with all of the other beer podcasts and try the six beers from the Sierra Nevada Beer Camp 12 (six?) pack.

This week, we’re going to beer camp! Not really, but we’re gonna imagine we are by drinking the six beers from this year’s Sierra Nevada Brewing Company Beer Camp collaboration variety pack. 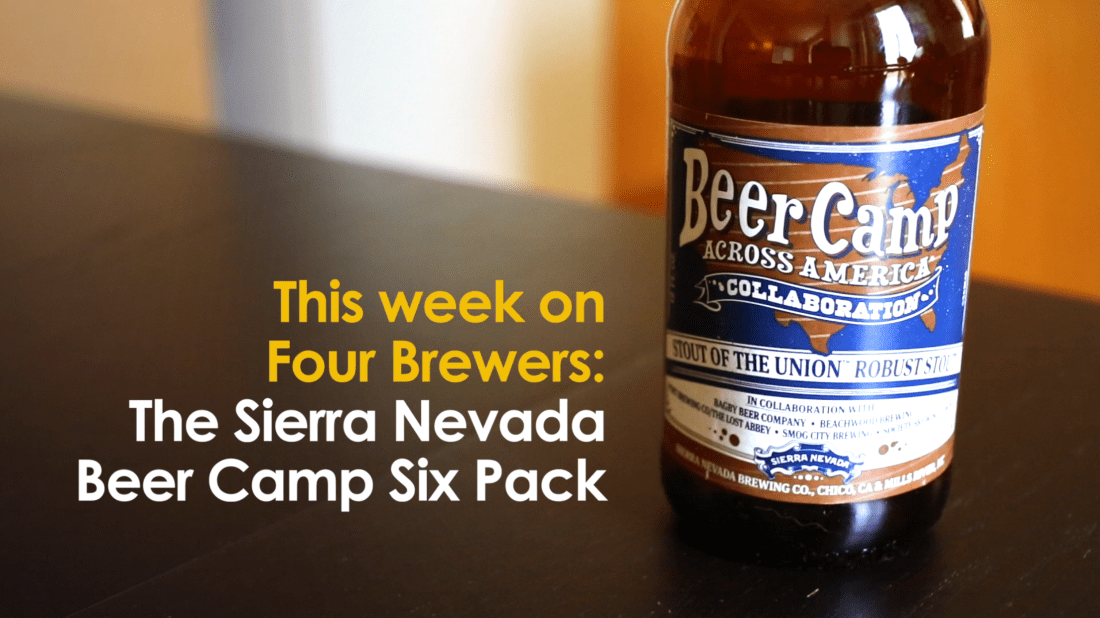 Our very own Greg Nagel went to Sierra Nevada’s Beer Camp. For a while, it was an actual event that select homebrewers from all over the country participated in at Sierra Nevada’s brewery in Chico, California. Each team would concoct a recipe and brew it as a pilot batch. Following that and some recipe tweaks, the final recipes would then be brewed at scale by Sierra Nevada for the variety pack.

This year, the Beer Camp variety pack is comprised of 12 beers, two bottles from six different regional brewery collaborations. The breweries involved are well known within their local markets, as well as with hardcore beer geeks. Expectations are always high when it comes to big brewery collaborations, and rightly so.

Does the Beer Camp variety pack meet expectations? Listen and find out!