[S3/E27] 4B Makes a Fundamental Observation

[S3/E27] 4B Makes a Fundamental Observation Happy Independence Day! This week, we’re keeping the blog post short and sweet. There are vegan hamburgers to be grilled and beers to be drank.

Before we get too deep into it, we’re gonna start with a trip inside the 4B Mailbag with some Founders Backwoods Bastard. Speaking of which, we’re asking for your beer haikus. Feeling creative? Send us yours at feedback@fourbrewers.com. 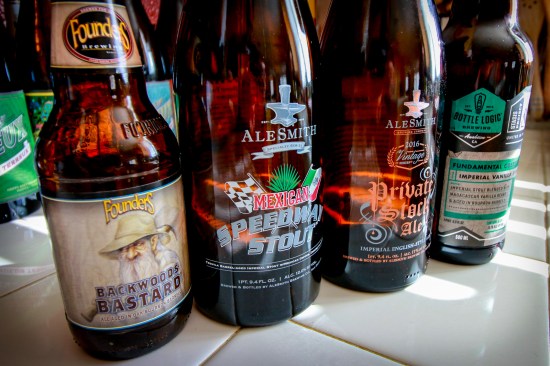 Next up are three beers that really showcase what’s going on in the SoCal beer scene. AleSmith Brewing Company’s Private Stock Ale and Mexican Speedway Stout are first up. Private Stock Ale is an Old Ale that was made for aging. AleSmith even encourages you to do this. Why? Because, man, IS IT HOT! So much booze on this beer, it’s crazy! But, that’s by design. AleSmith knows what they’re doing and when they tell you to age this beer, you should. Buy a few bottles and open them over the course of five or six years. The booziness should mellow out over time, allowing the beer to really shine. Drink a bottle fresh as a baseline for comparison and then another in a year or two. Hell, buy a case and really geek out with cellaring…

AleSmith makes killer stout—probably the best in the world, according to certain folks. Speedway Stout is a classic coffee stout that lends itself well to barrel aging. This version, Mexican Speedway Stout, is a blend of fresh Speedway Stout and tequila barrel-aged Speedway Stout with cinnamon, Mexican coffee and Mexican Chocolate. The balanced of these particular ingredients in beer is critical, and AleSmith nails it—this beer is fantastic. 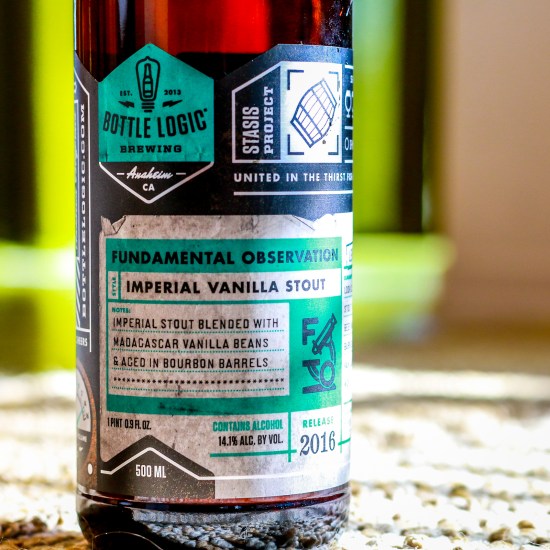 We end the show with a beer that needs no introduction, Bottle Logic Brewing’s Fundamental Observation. This beer is the whale-iest of SoCal whales. It’s a fantastic blend of barrel aged stout that literally smells like alcohol infused brownies. While drinking this beer, we talk about beer geeks and beer culture in general and how the scene has changed over that last five years or so. Spoiler: John goes on a rant…