The Lost Abbey is probably one of the best Belgian-style breweries in the world, creating some of the best saison, wild ale, and barrel-aged beer that money can buy. Today on the show, we’re joined by The Lost Abbey’s (also, Port Brewing Company and The Hop Concept) Head of Brewery Operations, Tomme Arthur. The beers on the show this week represent some of the best qualities of the craft beer movement, from the two collaboration beers that The Lost Abbey brewed with Wicked Weed Brewing and Brasserie Dupont, to the experimental fresh and hoppy Mosaic & Eureka IPA from The Hop Concept. 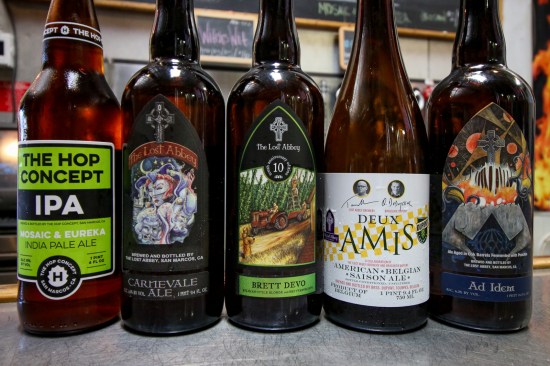 The Lost Abbey, Port Brewing Company, and The Hop Concept beers all come from the brewhouse within The Lost Abbey. It can be a bit confusing when referring to three different breweries that are technically located under the same roof, but there’s a reason why it’s done this way, which Tomme gets into during the show. The beers that come from these three brands allow the brewery to experiment in different ways without confusing or overloading the consumer. Wouldn’t it be weird if The Lost Abbey made a dank-bomb IPA? Yes, it would be. You can’t really find a bad beer from any of these three brands. Their diversity exemplifies the knowledge and creativity of everyone involved with producing their beer. 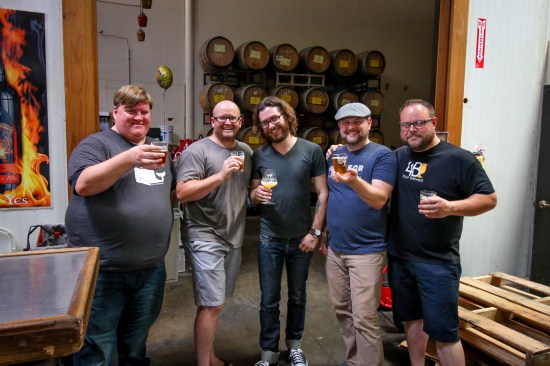 Recording an episode at Port / Lost Abbey / THC was one of the raddest things we’ve ever been able to do as a show. Much thanks to Tomme and the team for putting this show together!

More photos from our visit to Port Brewing / The Lost Abbey can be seen here.