Season 3, Episode 10 – We’re back with part 2 of our visit to Bottle Logic Brewing in Anaheim, California, and this week, we’re saddling up some unicorns.

Get your Four Brewers “Metal Logo” shirt!
Available for a limited time: fourbrewers.com/metal

Before we get into the beers, it should be known that Greg’s cask ale festival called “Firkfest” is going down on March 19, 2016 in Anaheim, California. We’ve been promoting this event for good reason—it’s a unique festival to Southern California, featuring 30 breweries and 50 cask beers, ranginga  from the more traditional cask conditioned beers to firkins with chocolate, peppers, or whatever else brewers want to add to their standard release and one-off beers. Get your tickets at firkfest.com. We kick off the show right where we left off with part 1, drinking some German Chocolate Cake. The beer lives up to its namesake, and we find out that this beer is also what runs through Nagel’s veins (he’s German…bad joke). This beer is served on both nitro and CO2 at Bottle Logic’s tasting room, which is a common practice of Bottle Logic. Good idea for those who don’t enjoy nitrogen infused brew.

While we’re drinking this beer, we discuss the unique technique that Bottle Logic employs to add ingredients like cacao nibs, vanilla, and even wood to their beers while they’re still in the fermentor. 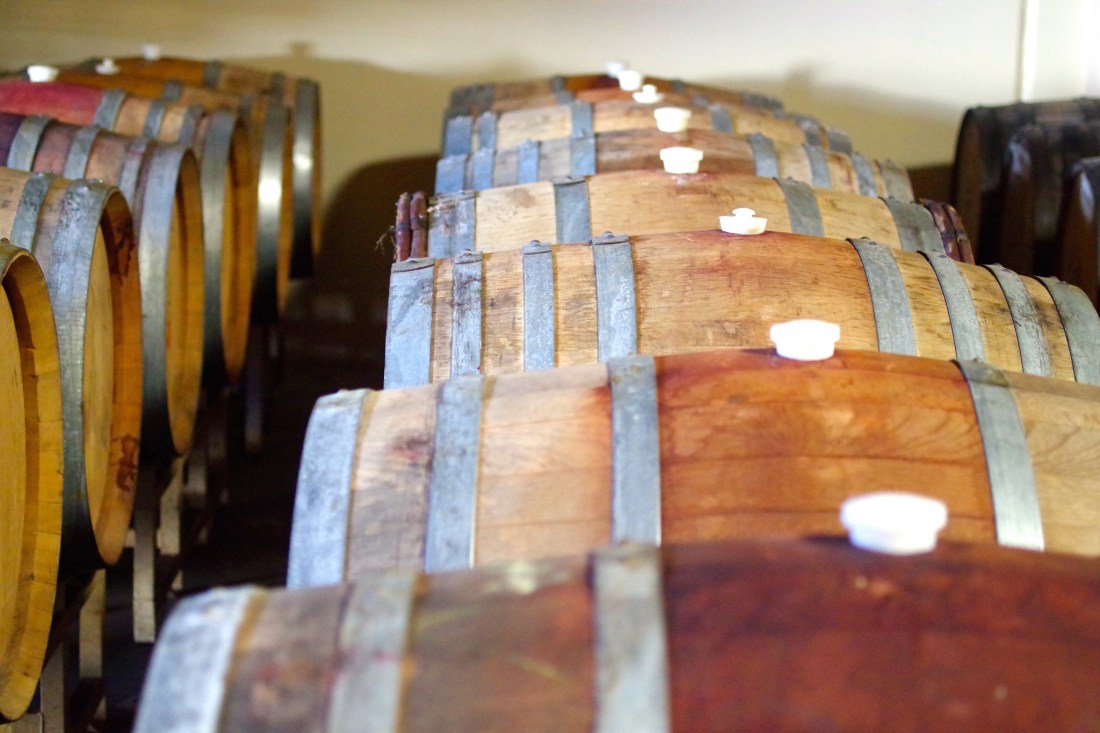 Next up is a beer that has yet to be released, Bottle Logic’s brettanomyces brew, Some Assembly Required. The bottle we had on the show was midway through its bottle conditioning and a bit warm, so it was a bit explosive. This didn’t stop us from thoroughly enjoying the beer. Definitely a unicorn worth capturing when Bottle Logic releases it.

Finally, the moment you’ve all been waiting for, a barrel sample of the renowned Bottle Logic barrel-aged stout, Fundamental Observation. This beer rocks! This was only a barrel sample we had on the show—it was flat and room temperature—and it was already amazing. F.O. is no hype-whale, it’s the real deal, from what we could taste, and this was only a single barrel sample. While enjoying this beer, we talk about how Bottle Logic designs a beer that is destined to be barrel-aged. It’s not as simple as making a stellar stout and throwing in a barrel.

Big, BIG thanks to Wes and Brandon for having us at Bottle Logic. They’re off to a great start for a two year-old brewery, and we couldn’t be more proud to have them brewing their beer in Southern California.