Season 1, Episode 29 - This week on the show, we are again joined by John Ryti and Tim “Showtime” Ryan, and this time, Ryti brought along some homebrew.

We kick off the show this week with a fantastic brew from the folks at Refuge Brewery in Temecula, California. Blood Orange Wit is a tangy and big-bodied, low ABV pale ale. This beer isn’t just another fly-by-night wheat ale—this thing is delicious! This is Refuge’s first offering in a can, and it’s totally worth checking out. 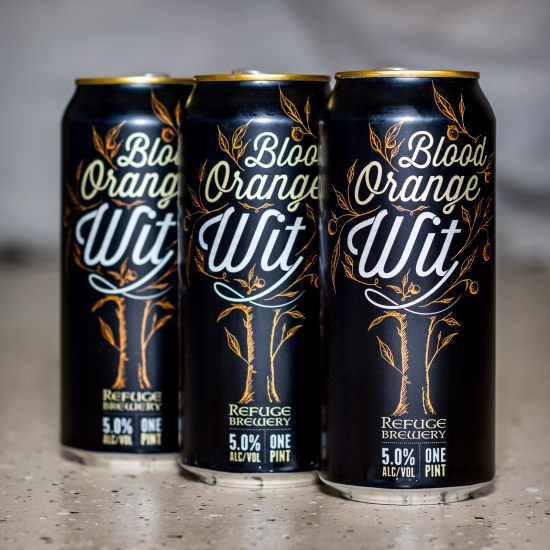 Next up on the show are a few brews from Ryti. First up is, well, we don’t know. Neither does Ryti. He found this keg of brew hiding in a cold-box and forgot to label what it was.

The second beer up is a stout that Ryti made as part of a group brew. This beer went into ~50 gallon port wine barrel that was about 75 years old. Pretty cool, right?

Ryti’s final beer is a clone of Stone Brewing Co.’s Vertical Epic Ale 09.09.09. Ryti made this brew a few years go. The cool thing about the Vertical Epic series is that Stone provides the recipes for each beer so homebrewers can whip up a batch themselves. We tried Ryti’s version along side an actually bottle of the beer, which at this point in on its way downhill, so drink up if you still have any. Ryti’s version of the brew turned out quite well. 09.09.09 was one of the best of the Vertical Epic series in our opinions. If you never got a chance to try it, check out the recipe and brew it up!

We end the show with the Aventinus Eisbock from Weisses Bräuhaus G. Schneider & Sohn. On a previous show, we mentioned that this style of beer wasn’t very widely brewed and was somewhat difficult to attain. Well, Jason found the mother load at a local Total Wine.

If you missed the announcement last week: We’ve started a Patreon campaign! If you don’t know what Patreon is, it’s a crowdfunding service similar to Kickstarter, except it’s meant to allow donors, or “patrons” as they call them, the opportunity to give continued support for artists through monetary donations. In our case, we are accepting donations on a per-episode basis. You can contribute any amount you wish, per episode, be it a quarter or ten bucks (holy shit!).

Take the time to check it out. We ultimately want to offer more content to our fans, i.e. supplemental video content of our personal brew days and homebrewing techniques, visiting breweries, going to more festivals, etc., and we can only do that with your help. If you feel you get any value from the show, please consider throwing some duckets our way. We’re off to a great start, and couldn’t be happier about the generosity of our fans and friends thus far. THANK YOU!