Season 1, Episode 7 - This week, we’re shaking trees and drinking something old and tasty with award-winning local homebrewer, Robert French. Denise Ratfield of Pink Boots Society and Stone Brewing Co. is also along for the ride. 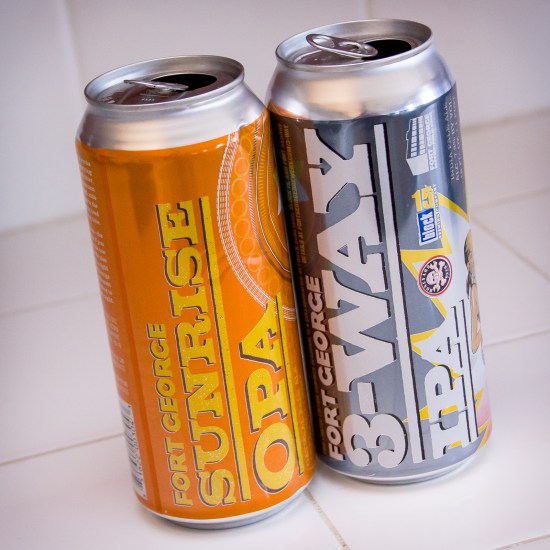 Jason is, once again, bringing the Fort George love with these two excellent offerings, Sunrise Oatmeal Pale Ale, and 3-Way IPA, which is a collaboration between Fort George, Block 15, and Boneyard Beer. Suffice to say, we’re all becoming huge fans of Fort George. The topics of the localization of breweries and prioritized markets also come up in the discussion.

Robert French is a long time friend of ours, and he’s been brewing for about 18 years. Recently, he built this super-dope single tier brewing stand that’s just beautiful. But he’s not just a pretty dude, with a pretty brewing stand—he makes excellent beer, too. 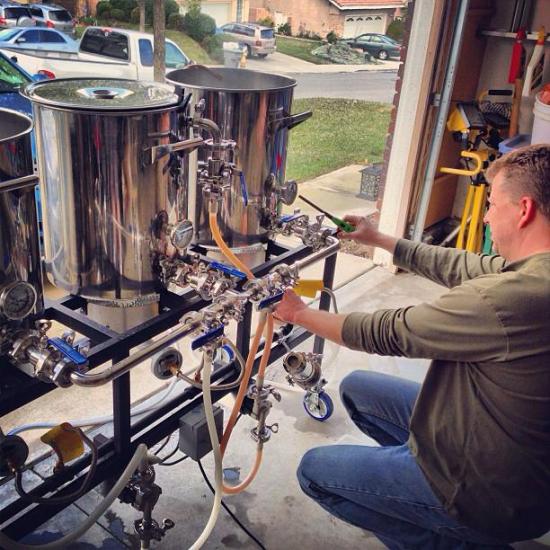 Robert French and His Brewing Stand

Robert’s first offering is his rye whiskey barrel-aged old age called, “Old Bandersnatch.” It was aged in an eight gallon rye whiskey barrel for two weeks. This bottle has about a year or so of age on it, and it’s tasting fantastic. It won gold in the first round of the National Homebrew Competition in San Diego, and it completely deserves it. This beer is also a testament to the wonderful grain that is Maris Otter. It’s silky, smooth, and has just the right amount of sweetness with a wonderful texture. 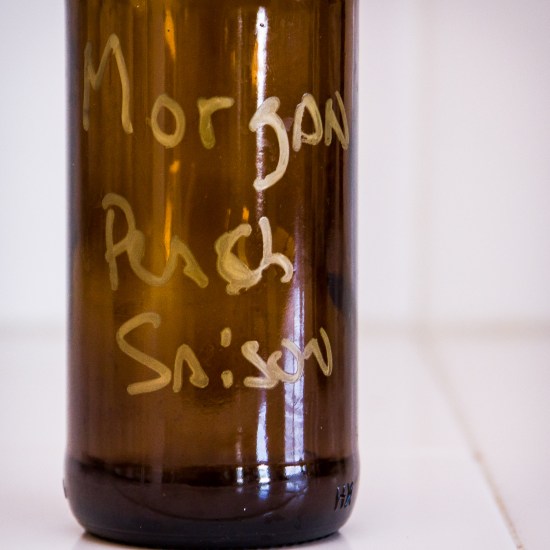 His second offering is a beer that he made for his daughter’s wedding, called “Shake Your Tree.” It’s a peach saison that was fermented with White Labs’ WLP670 American Farmhouse Blend. Whole, puréed peaches were added to the fermentor. This beer is about a year old and the peaches still shine through wonderfully and are complimented perfectly by the brettanomyces yeast present in the beer. 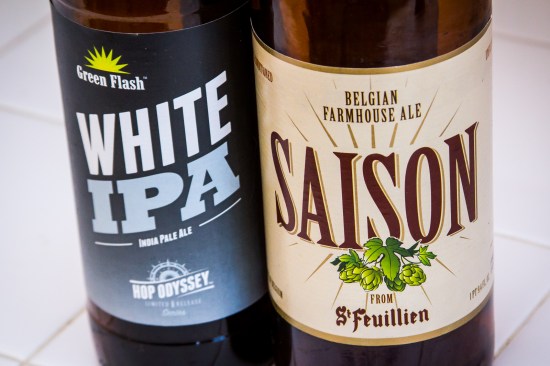 Sara‘s back and pouring the brews for another round of “Going In Blind,” but this time, she’s pouring some beers that Yvonne purchased. To be honest, both of these beers were zingers for all of us, but in the end, Matt narrows it down and ultimately gets the gold star for this round.