So, this show is pretty rad. We’ve got Walt and Luke Dickinson from Wicked Weed Brewingon the show, at the same time, from two different locations, one of which is a car outside of a bar. Holy. Shit. We’re drinking six different beers from two different series from Wicked Weed. The first set of brews is from their Canvas Series, which are basically smaller batch, experimental brews, and the other three are from their special release series of beers (basically, beers that made it beyond the canvas series). 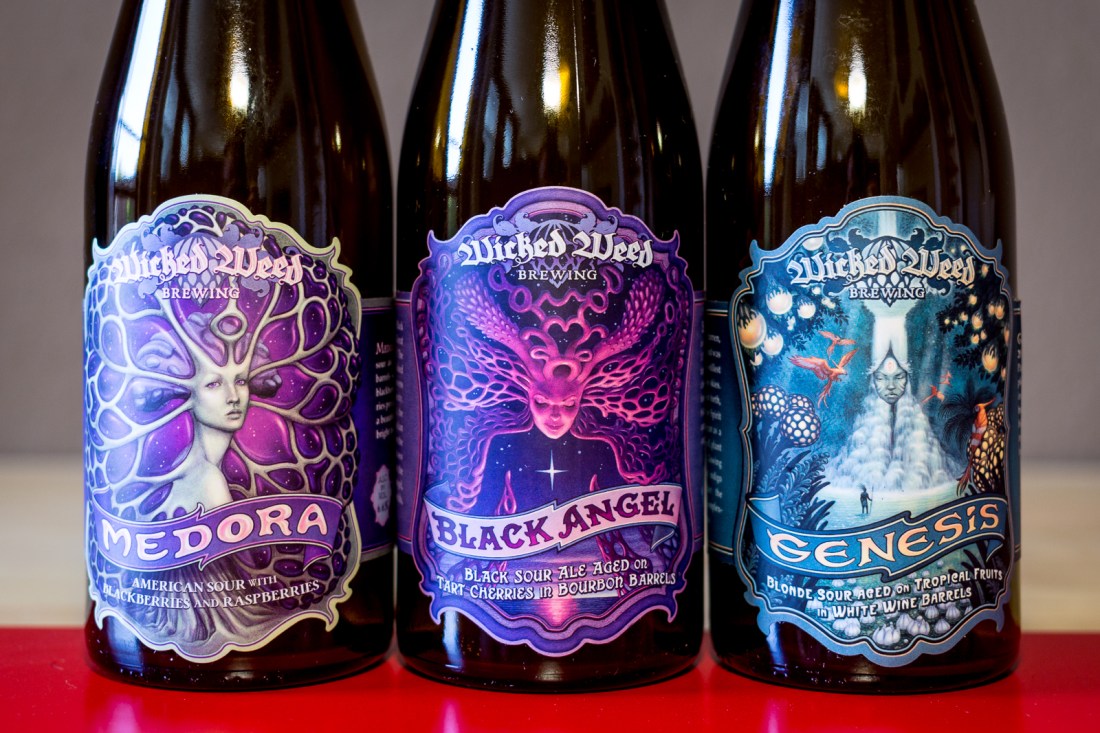 Wicked Weed has pretty limited distribution at the moment, but that’s all about to change with the installment of their new 50BBL brewhouse (again, Holy. Shit.). Their popularity among beer geeks has been soaring as of late, and over here in SoCal, it’s hard to get ahold of their brews. Luckily, Wicked Weed was kind enough to send some of their amazing creations to us. There wasn’t a bad beer in the bunch. Seriously, they were all very good, and each beer was better than the next. Hey, Wicked Weed, distro in SoCal soon? Yeah?! Please?!

Thanks again to Luke and Walt for hanging out with us!