Season 2, Episode 32 – This week we find out if Green Flash Brewing Company’s versions of Alpine Beer Company beers are up to snuff with Alpine’s authentic brews.

These days, brewery buy-outs and partnerships are becoming more and more commonplace, not only in terms of macro breweries buying out smaller craft breweries, but also larger craft breweries partnering and purchasing smaller, well known craft breweries. One example as of late is the purchase of Alpine Beer Company by Green Flash Brewing Company. Whether a brewery is purchased by a macro or a fellow craft brewery, there is one question that most craft beer consumers and aficionados ask: What’s going to happen to the quality of the beer? Will it remain the same? Will it be brewed at the same brewery, or will it be shipped off to a massive brewhouse somewhere on the east coast, only to become a watered down, boring version of its former self? 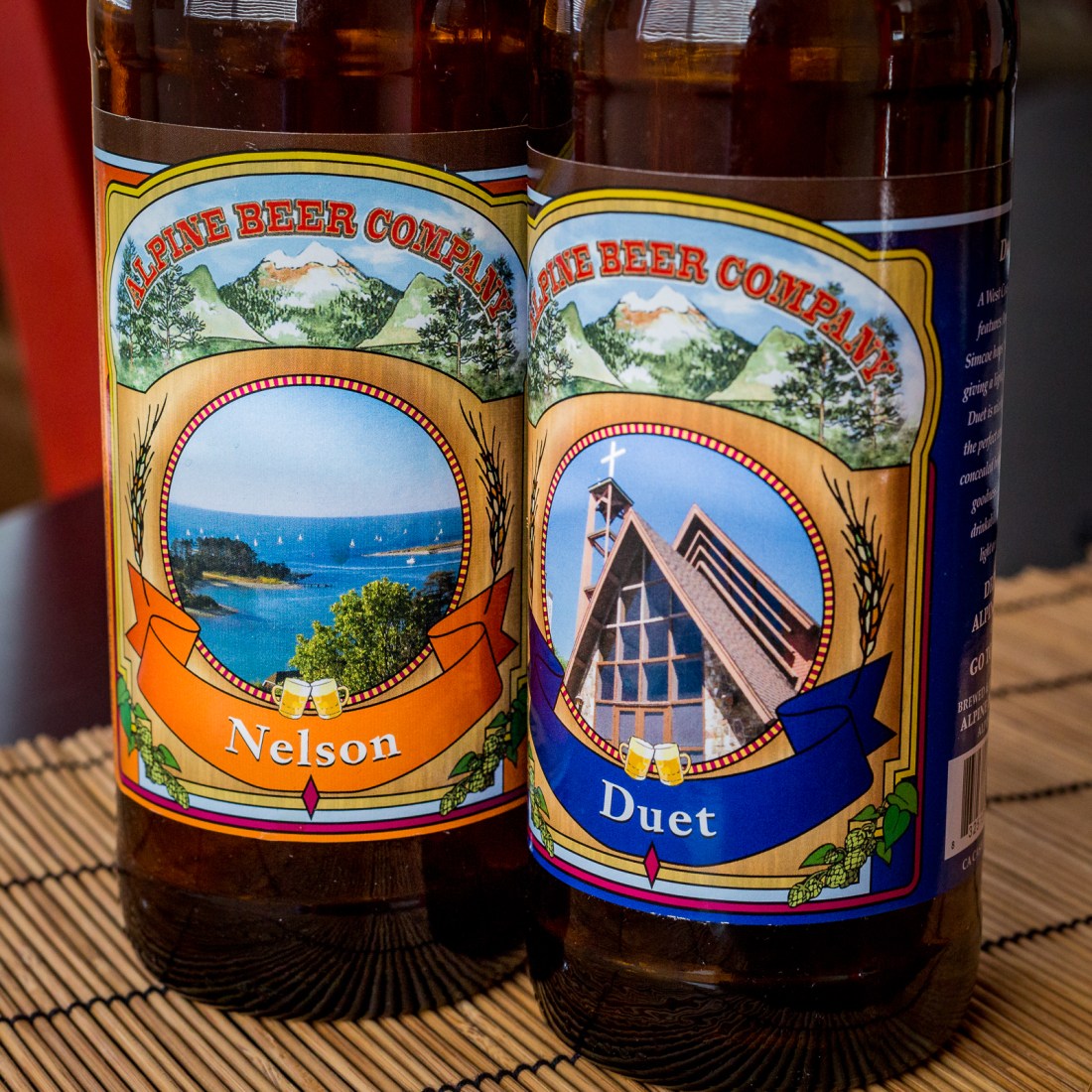 When it came to the purchase of Alpine Beer Company by Green Flash, most people thought it was a good thing for both companies. Alpine was a very small operation while Green Flash was cruising along with their brand new 50BBL brewhouse and making beer for the masses all over the country. With the help of Green Flash, Alpine could afford to pay its employees more money and provide benefits for them while at the same time getting their beer to more people. Green Flash is well versed in IPA, so replicating Alpine’s massively popular IPAs shouldn’t be too much for Green Flash to handle, right?

This brings us to where we are today, and this week’s episode. For quite some time, Green Flash has been brewing two of Alpine’s best core beers: Duet and Nelson. Hop heads all over SoCal and beyond know and cherish these beers. They’re legendary. So, when Jason heard that beer geeks were harshly questioning the quality of Green Flash’s versions of the hoppy Alpine classics compared to the Alpine versions (which Alpine still brews and bottles), he decided to take matters into his own hands.

SPOILER ALERT: RESULTS AFTER THE PHOTO. Let’s cut to the chase. We were very surprised with the outcome of this experiment. Two tasters of each beer were brought to us blindly. We were told what the beers were by name, but didn’t know which brewery they came from. John’s girlfriend, Yvonne, helped us out with that. [Thanks, Yvonne!] As it turns out, the criticism of Green Flash’s versions of Alpine’s beers is justified.

Duet, brewed with Simcoe and Amarillo hops, was the real eye-opener. Drinking these beers side by side, you’d think they were completely different beers. Their colors were even quite different. Aromas were also different, and not just subtly. We even had to send Yvonne back to make sure she brought us Duet from each brewery. They were that different. The room was divided on which one of these was the better beer. In the end, we chose the Green Flash version as (what we thought was) the authentic version. Wrong.

Duet and Nelson Side by Side

The two Nelson variations were actually much closer to one another. But just like Duet, their colors were wildly different. The room agreed the one of the beers stood head and shoulders above the other. We guessed this one correctly. The Alpine version was fantastic.

So, there you go. It seems the the criticism of Green Flash’s versions of the Alpine IPAs is somewhat warranted. That being said, Green Flash’s versions were still very good beers, but were different from the originals brewed by Alpine. Could batch scaling be the issue? Maybe each brewery had a different crop of hops? Then there’s the beer color issue. We kick around some ideas regarding why they were so different, but in the end, who knows. Maybe one day we’ll have Green Flash on the show and we’ll get an answer.